Microsoft rolls out a series of security updates in the form of a Tuesday patch. One such cumulative update is KB4524570 for Windows 10, version 1909, Build 18363.476. This is a security update and it contains all the enhancements from Windows 10, version 1903. Secondly, this release does not have any additional problems that the team documents during the release. Though loaded with some security updates for both Edge and Internet Explorer, the package is not free form issues. Users might confront problems at the Out of Box Experience (OOBE) phase during a new Windows setup. Let us explore all the details of this patch and see what is in store for you. 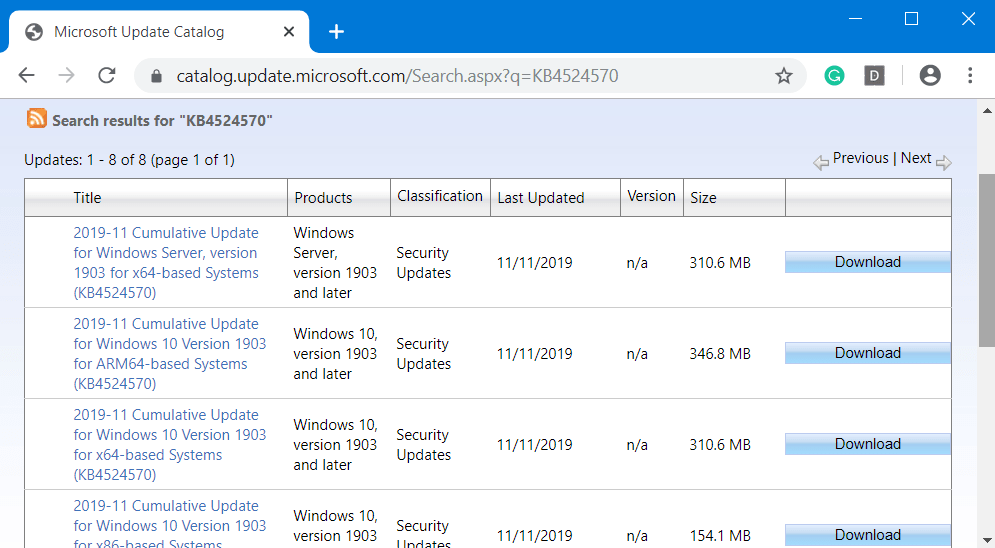 While setting up a new Windows device, users may encounter an issue at the Out of Box Experience (OOBE) phase. You may not be able to create a local user when using the Input Method Editor (aka IME). Furthermore, it might affect you adversely if you are using the IME for Korean, Chinese, and Japanese languages.

However, you should also keep a note that the problem does not affect while using a Microsoft Account during OOBE.

Microsoft is working on a resolution and the forthcoming release will provide you the same. Until then, you can try out this simple tweak.

The latest servicing stack update (in short SSU) plays a vital role in the operating system and thus the company asks you to install it beforehand. Installing it enhances the reliability of the update procedure which eventually helps in reducing the complications while installing the LCU.

However, you can grab the standalone package of this Tuesday patch from Microsoft Update Catalog and install it manually.

Another way is to get it through Windows Update. Simply, access the Settings app by using Win + I hotkeys. Navigate to the Update & security category on the UI. Here, click Check for updates button to download KB4524570. If the package asks for a reboot, restart Windows 10 PC to complete the installation.