Microsoft delivered Windows 10 Insider Preview Build 17711 on 6 July with lots of Improvements and fixes. The patch is for Fast and Skip Ahead ring level. In this Build, you find changes in Microsoft Edge browser, Fluent Design, Display Settings, and regedit.exe.  Addition to the improvements there are a lot of important fixes are the part of this update.

You can receive Windows 10 Insider Preview Build 1771 straightly through update system. You will experience all the modifications and fixes once you downloaded and installed the patch. 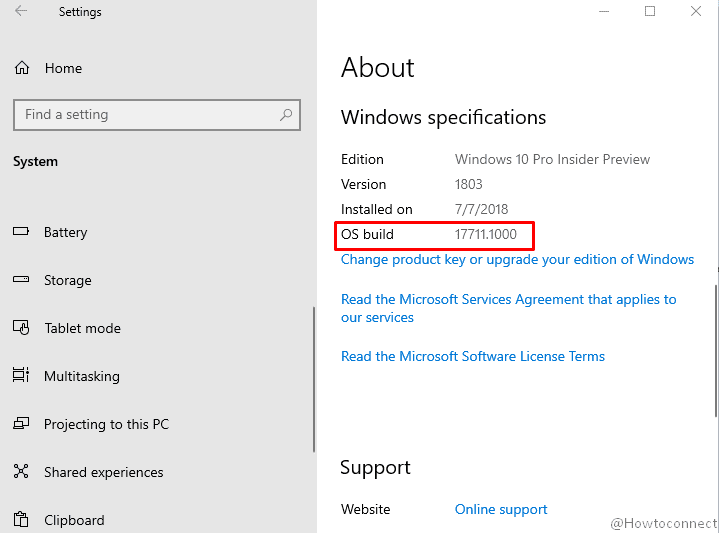 In this build, Microsoft Edge adds a tool to add theme Color to the Reading mode. In addition, you can change the color of the highlighted part and enable indicator for that. This will help you to easily identify the Parts of Speech in Reading view.

You can highlight the Sets of 1, 3, or 5 lines to improve focus during reading.

Modern design for consent box to save Autofill data

Microsoft Edge demands your permission every time to save your passwords and card details for Autofill purposes. You will experience improved design and string modifications of the consent notification pop-up. Additionally, you will get new icons for password and payment, better messaging, moreover highlight feature for options. An outstanding micro-animations for the new password and payment icons will attract you.

Previously PDF toolbar in Microsoft Edge was accessible by clicking anywhere but now you will get it can by just hovering at the top.

At Build 2018 Microsoft started the evolution of Fluent Design on Windows 10. Now they help improve user’s focus by bringing more depth as of shadows.

You will notice default modern popup type controls having the Shadows that gives visual hierarchy in the current Build. Currently, this feature is active on fewer locations as you will see the support grow in subsequent builds. 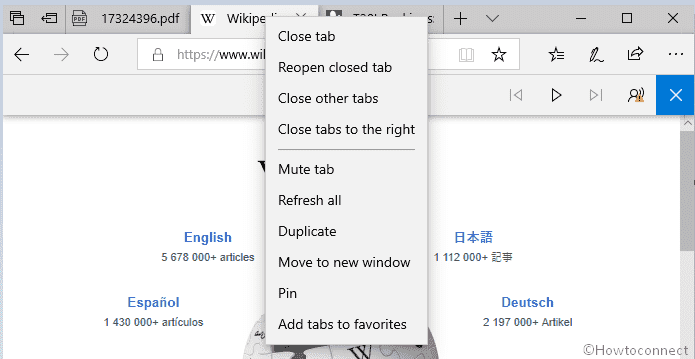 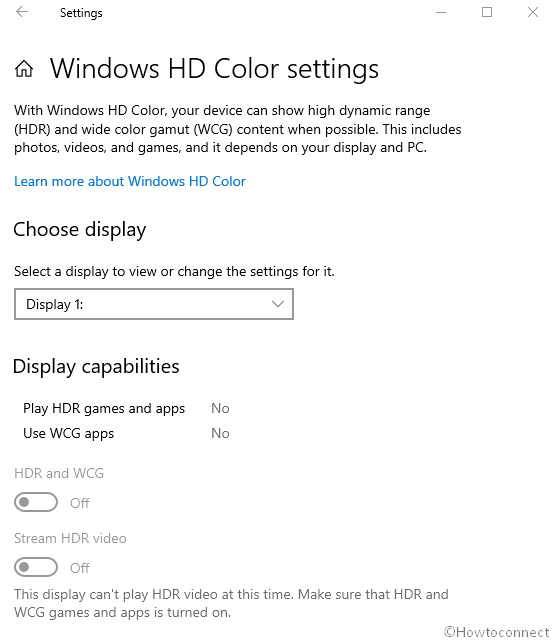 When you type into the Registry Editor address it is not memorable. In this build, you’ll now see suggestions in drop-down while typing to help complete the next part of the path. You can also press Control + Backspace to remove the ending word. Ctrl + Delete will delete the next word on the regedit. 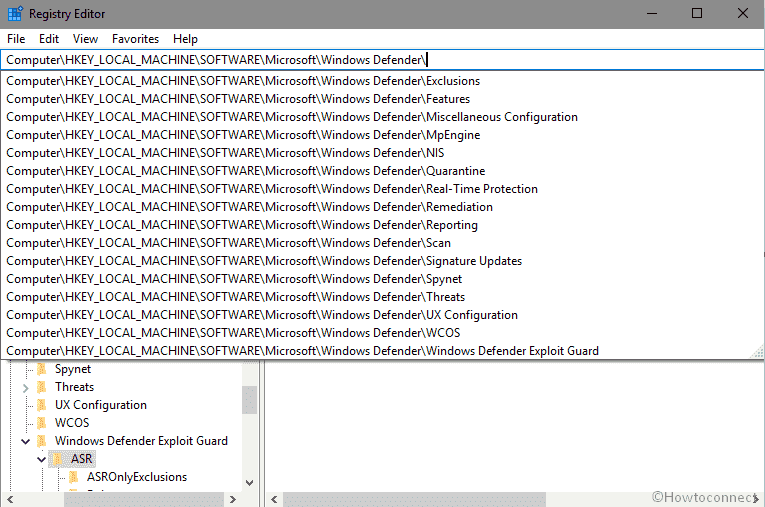 Microsoft is thankful to the users who continued support of testing Sets. They have Started experimenting Sets offline to continue making it great with this build. You will now experience improvements in the visual design and better integrate Office and Edge into Sets. In the existing build, Sets will not available but you will get it later with WIP.

Microsoft has solved remotely deploy and debug a UWP application to a local virtual machine or an emulator time regression problem.

They have fixed Settings and Start menu tiles going totally white on the Surface device.

They solved You are getting an update dialog displayed unwanted extra characters.

Microsoft rectified aborting a shutdown problem that would break input in UWP apps until rebooting.

Windows 10 team solved pin Settings categories to Start issue that would either crash the app or do nothing.

Microsoft fixed a high hitting Settings crash bug. This was impacting pages with Get Help content, furthermore Touchpad, Accounts, and Family and Other Users Settings.

They fixed some settings are hidden by your org error message in advanced keyboard settings.

They took a decision to turn off the acrylic background in Task View currently.

They haven’t updated the Remove access icon to get the acrylic design in Share tab in File Explorer. Microsoft has also added certain tweaks to the Advanced security icon.

Windows 10 insider team resolved console forgetting the cursor color on upgrade and it gets set to the color code 0x000000 (black). In future, the issue will not occur for the users who don’t encounter till now. But if you’ve already found this bug, you’ll need to manually change an entry in the registry. You can manually do this by launching regedit and deleting the “CursorColor” “Computer\HKEY_CURRENT_USER\Console”.

Microsoft worked on audio driver would hang problem for several Bluetooth speakers and headsets that support the Hands-Free profile.

Windows Insider team rectified Microsoft Edge browser problem on which favorites pane scrolls sideways instead of up and down on mouse wheel.

Microsoft resolved the Internet Explorer problem which loses all settings and becomes unpinned from the taskbar.

They solved where Remote PC could result in black window problem.

Windows 10 insider team resolved text predictions and shape writing candidates wouldn’t appear issue. This is a touch keyboard problem where the list is shown after backspace is pressed while typing.

They rectified the Narrator starting issue. The tool presents with a dialog that informs the user about the change to the Narrator’s keyboard layout. Sadly the dialog might not take focus or speak after Narrator has begun.

Microsoft resolved the changing of the built-in Insert key to Caps lock in Narrator didn’t work issue. The old key functions until you restart the Narrator.

Windows 10 team solved Scaling problem where you can’t set it to 100%. A certain text might look smaller after bringing Make text bigger value back to 0%.

They fixed Wake up button that doesn’t work in Mixed Reality Portal. This occurs after going to sleep.

Microsoft is advancing towards adding the dark mode in File Explorer moreover the Common File Dialog. But for now, you may view certain unexpectant light colors in the surfaces in dark theme and/or dark on dark text.

Windows 10 team noticed that the windows during multiple monitor may look shifted up and the mouse responds to the incorrect location. You may use “Ctrl+Alt+Del” as a solution to bring up the task screen and then hit cancel. Repeat as necessary.

The present build will have the acrylic background missing on the flyouts like network, volume, etc.

Microsoft is trying hard to improve settings for HDR videos, games, and apps in the Display section of System Settings. So you may not be able to enable or disable enable/disable HDR display support.

You may find errors as Access Denied in the Applications that use ICC color profiles. This includes the Color Management control panel, and color profile switching on certain Surface devices. When you use the Ease of Access Make Text bigger setting, you might see text clipping issues, or find that text is not increasing in size everywhere.

You may find your secondary displays don’t render correctly. Press Ctrl+Alt+Del and then cancel and that should resolve it.

In the recent builds, Developer mode will fail to work if you have switched from the Switch from slow to fast ring. You will be able to occupy optional content have if are continuously in the Fast ring.

Microsoft is knowing Narrator speech fading when returning from sleep. They are working on a fix.

Scan Mode may not reliably be enabled by default when you start Narrator Quickstart. They suggest manually turning on Quickstart in that case. You can press Caps Lock and Space simultaneously and ensure whether Scan mode is running.

For a single command control, you may face several stops in Scan mode. An instance of this is if you have an image that is also a link. Microsoft is seriously working on this issue.

Narrator command from Braille display doesn’t work when you set Insert key as default key. But for Narrator key mapping if you have assigned Caps lock then braille will work as designed.

Some Narrator commands like toggle switch of Scan Mode, volume up and down slider, voice speed, change verbosity and context verbosity may not work.

The user’s gamerpic doesn’t appear right, even after signing in.