Various users reported getting Remote Desktop Protocol issues after installing KB5015808, July 2022 Security update. They get crashes in the RDS infrastructures, black screen, hanging login, sporadic hang, and even more issues due to the patch. Microsoft has not acknowledged this problem officially so they are suffering from these RDP errors up to now. This patch was released to Windows 1607 Enterprise LTSC and Windows Server 2016. See solutions to one more error – Fix credssp error during Remote Desktop or RDP in Windows 10.

A German Tech blog Born IT has claimed to fix it using KIR or Known Issues Rollback process This unofficial fix may be helpful for the users encountering problems in the RDS infrastructure because the KIR will bring the Security update back to a suitable state. Cumulative Update KB5015808 comprised a long list of bug fixes but the release badly affected RDS users with several errors. The patch addressed Serchindexer.exe, Wi-Fi hotspot, Encrypted File System (EFS), 0xc00000dd BitLocker virtual machine-based (VM) system files, and more.

KIR aka Known Issue Rollback is the process that can instantly bring an impacted device back to productive use if a problem occurs because of an update. This process fixes errors through restore of a device to the previous state removing the specific problem. The most important thing about this method you don’t need to uninstall a Windows update when getting an error. Known Issue Rollback disables the problematic fix and again enables the previous code, instead of uninstalling the whole update.

According to Microsoft, they have opened different support requests (cases) related to this problem. The August 2022 security patch didn’t fix the error described above, but the company contacted them. One of those people provided a link to run Known Issue Rollback so follow the steps – 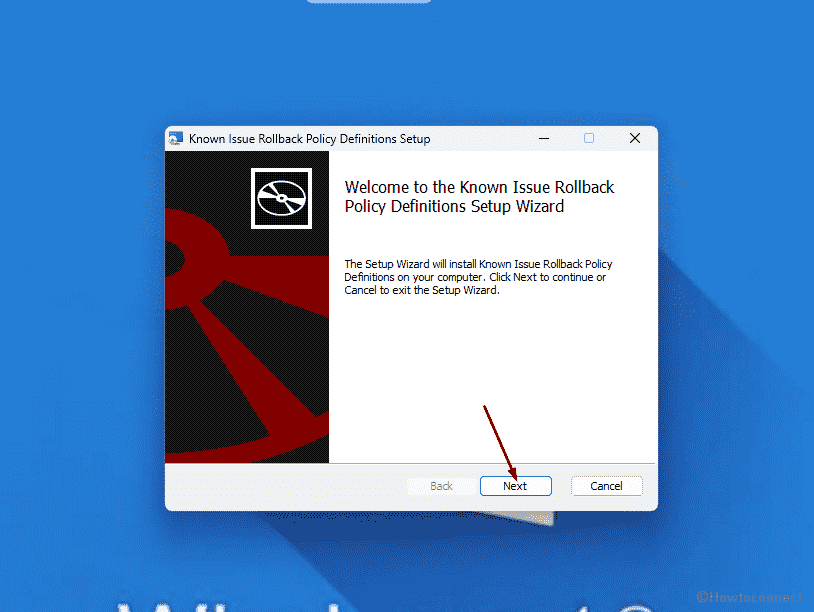 One easy solution to the errors that occur because of RDP problems goes through the uninstallation of the patch but being an administrator this is not a good idea from the perspective of security. Apart from this, the company didn’t push any update to address the RDS issues in the subsequent months. Most of all, Microsoft still says in the release note of KB5015808 that there are no known issues. Fortunately, you can try registry editor to solve the problem –

This registry modification would disable the fix out with KB5015808 and the August patch that triggered these problems.