KB4467708 for Windows 10 Version 1809 was recently rolled out by Microsoft for Build 17763.134. This cumulative update does not introduce any new features but definitely carries certain significant fixes and updates. It resolves the issues of Microsoft Account, on-screen keyboard, file system access.

The good thing about this patch is that it contains updates for Microsoft HoloLens as well. You may receive this update either directly through Windows Update or manually by Microsoft Update Catalog. 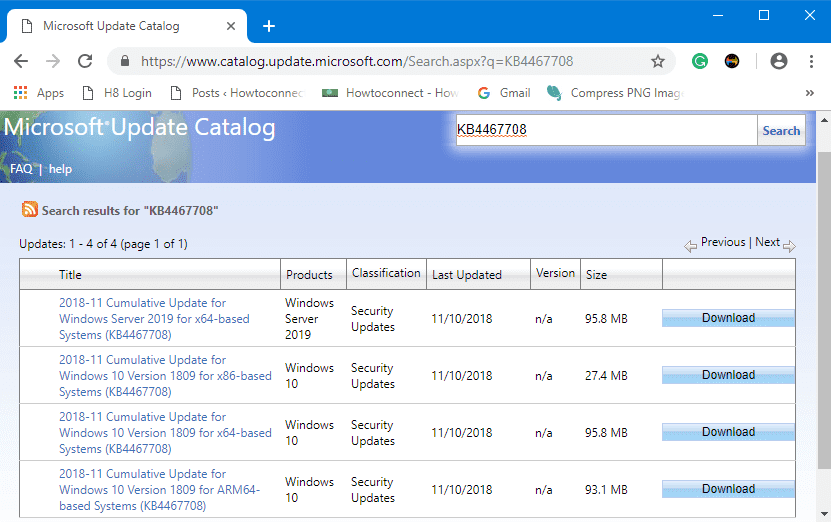 The release of KB4467708 for Windows 10 v1809 introduces a protection against an additional subclass of speculative execution side-channel vulnerability which is popularly known as “Speculative Store Bypass (CVE-2018-3639) for AMD-based PCs. By default, these protections are not turned on. You need to go through the instructions in KB4073119 for Windows client IT pro guidance. Moreover, observe the instructions in KB4072698 for Windows Server guidance. Fortunately, with the help of these guidance documents, you can easily enable mitigations for “Speculative Store Bypass” (CVE-2018-3639). In addition, it also allows you to use the mitigations that have already been out for “Spectre Variant 2 (CVE-2917-5715) as well as for “Meltdown” (CVE-2017-5754).

There occurs a problem which avoids users from signing in to a Microsoft Account (MSA). This issue happens when you make an attempt to sign in as a different user if signing in a second time. So, the team takes control of this specific trouble.

KB4467708 also deals with an issue which denies file system access to the Internet of Things (IoT) Universal Windows Platform (UWP) applications which need this capability.

Microsoft and the team makes an attempt to resolve the on-screen keyboard issue which appears when running automated tests. It also happens to show up when you install a physical keyboard.

Before Installing the update

The experts from Microsoft highly suggest you install the latest “Servicing Stack Update” (in short SSU). This is important for your OS before you make an attempt to install the current Cumulative Update (LCU). Actually, SSUs upgrades the reliability of the update process. This will help you out to mitigate potential problems while you install the LCU moreover when you also apply Microsoft security fixes.

In case you are using Windows Update, you will automatically receive the latest SSU KB4465664.

Through Windows Update, you will automatically receive the patch. So, this will be downloaded moreover installed all by itself. However, if you ever prefer to get the stand-alone package for the latest SSU, you need to visit the “Microsoft Update Catalog” web page.