KB4476976 is a bug-fixing patch for Windows 10 1809 arrives taking the operating system to Build 17763.288. However, this Cumulative Update is currently available to the Release Preview ring before make available them universally. This indicates that the common users will not get this update until next month or so. Probably, Redmonds will roll out this patch publically in mid-January or at the starting February.

A few days ago the first version of this patch was released only for the Windows Insider. Now it is the time when Microsoft rolled out the second version of cumulative update KB4476976. Still, there is no information regarding the changes to v2 available. Therefore, If you are a Windows 10 Insider, look for the updates and install KB4476976, otherwise, wait for the time when the patch will arrive globally. 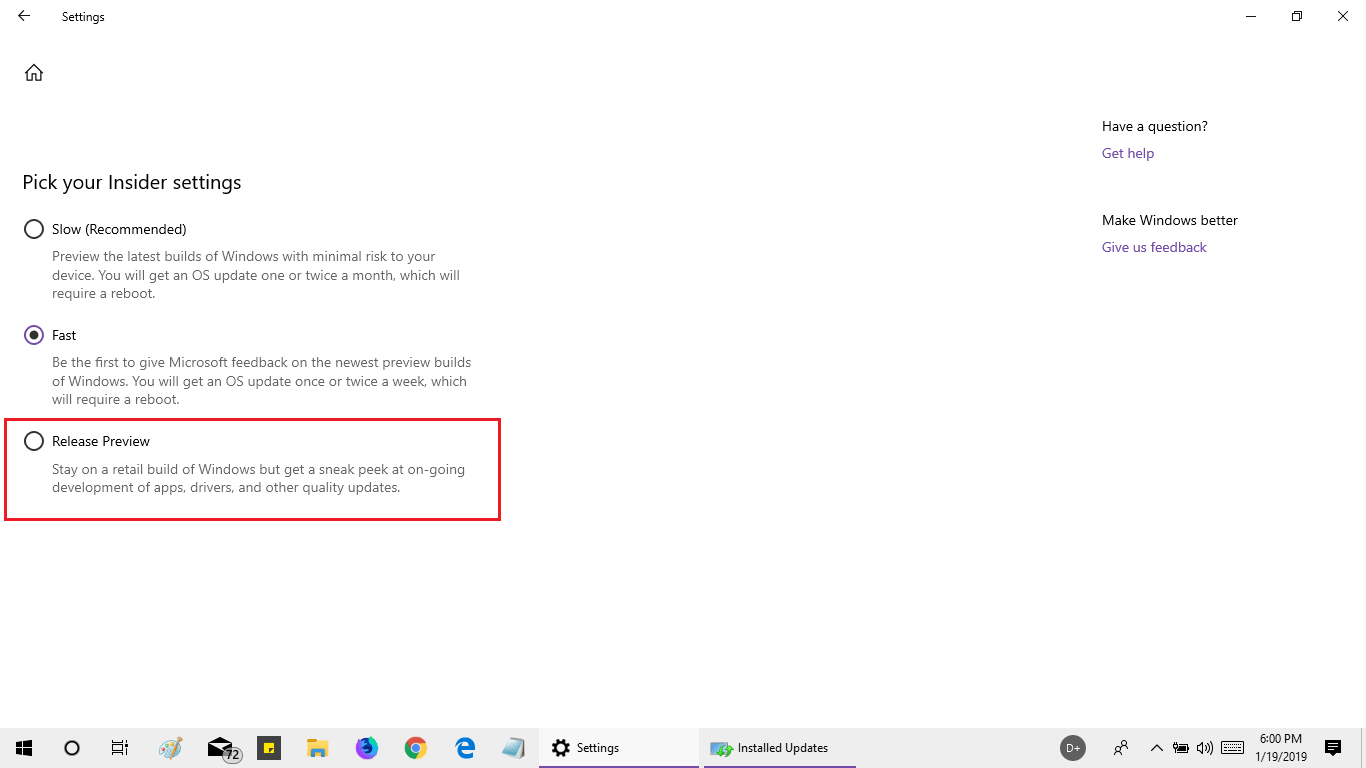 The cumulative update KB4476976 is available for testing purpose now. Once Microsoft experiences that everything is okay then the patch will be pushed to the original version of Windows 10 1809. The key changes of this Release Preview Ring update are following –

If you are an insider and have signed up with the Release Preview ring, download KB4476976 and install by following the given steps –

Step-2: In the Settings, locate Update & Security and then click on it.

Step-3: Select Windows Update from the left sidebar. Shift to the right adjacent pane and click on Check for updates.

If the system asks then reboot to complete the installation.

KB4476976 for Windows 10 1809 Build 17763.292 rolls out and addresses several issues of the operating system. This cumulative update incorporates various improvements but does not contain any new features. It includes fixes for Microsoft Edge, resolves the problem in authenticating hotspots, addresses audio compatibility issues and much more.

If you have already installed earlier updates, then only the new fixes that this package contains will be downloaded moreover installed on your system. Let us explore more details of KB4476976 in the further section.

You can get the latest SSU by visiting the Microsoft Update Catalog.

Otherwise, navigate to Windows Settings by pressing Win + I hotkeys.

Click Check for updates button on the right side of the following page.