KB4480967 cumulative update has been rolled out by Microsoft on 15 Jan 2019. This patch for Win10 1709 arrives taking the operating system to Build 16299.936. The update includes fixes and improvements in application stop working, Microsoft Edge, BitLocker Network Unlock, blue screen, error code “0x139”, and in a lot more.

You can download KB4480967 from Microsoft Update Catalog website as a standalone package. However, the standard approach to get the package is through automatically Windows update. If you haven’t got the patch till now then go to Settings => Update & Security => then click on ‘Check for Updates’. 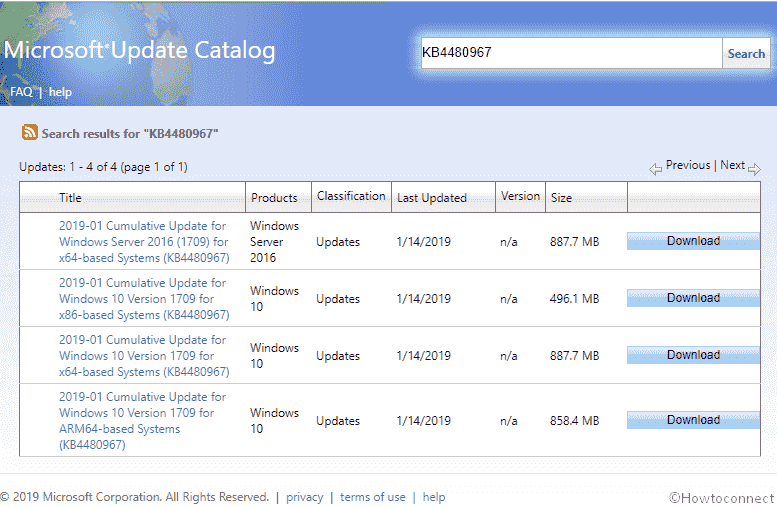 See all the patches on a single place – Windows 10 Cumulative Updates List.

If you have received all the earlier patches on regular basis, only the new fixes which are available in this package will be installed.

If your system is experiencing any hindrance in receiving this patch KB4480967, try this:

Step-3: Select Windows Update option, available in the left column of the screen.

Before installing the LCU KB4480967, We recommend you to install the latest SSU to improve the consistency of the update process. You can get the latest servicing stack update KB4477136 if there is the updated Windows version.