Windows 10 1809 receives cumulative update KB4489899 on Patch Tuesday lying on 12 Mar 2019. This includes improvements in HoloLens and Error 1309. Security updates to various Windows components are the part of this patch.

You will get KB4489899 Windows 10 1809 automatically via Windows update unless you haven’t disabled or paused. Moreover, you can download the patch from the Microsoft update catalog site as MSU file. Let’s see the details further – 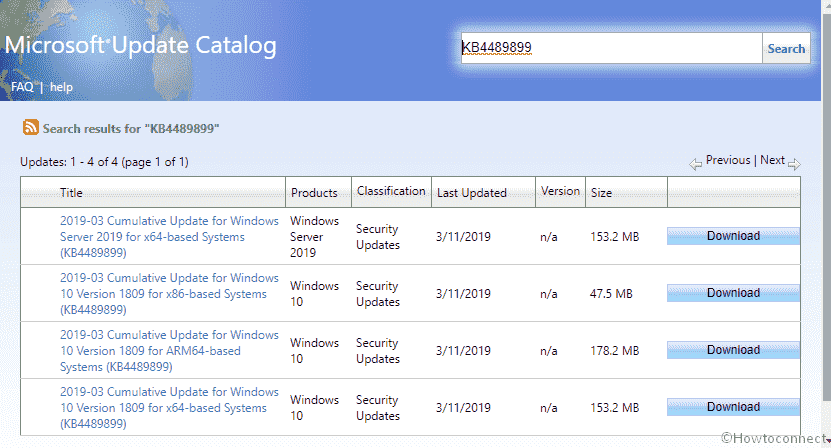 Following are the prime changes that KB4489899 carries –

You may experience certain authentication issues in Internet Explorer 11 after installing KB4489899 Windows 10 1809. This specific problem may occur when two or more people use the same user account. When they use the same account for multiple, concurrent login sessions on the equal Windows Server machine. It also includes the Remote Desktop Protocol (RDP) and Terminal Server logons as well. So, the symptoms that users are confronting are as follows.

However, the team is working on a resolution and will shortly send it in the forthcoming updates.

You may also experience issues with audio output after installing KB4489899 Windows 10 1809. The problem will occur on the devices that have multiple audio devices. Here, the apps that provide advanced options for external or internal audio output devices may fail to function all of a sudden. You will also encounter this problem when you don’t choose “Default Audio Device” and instead select another audio output device. Some of the applications that may stop working are the Sound Blaster Control Panel, Windows Media Player (WMP), and Realtek HD Audio Manager.

You need to modify the output of the application to Default in the per-application audio settings. This is a temporary workaround and to do so,

As an alternative, you can also go ahead with the “Default Audio Device” option that the application provides. For example, to modify Windows Media Player settings,

Don’t worry as Microsoft will soon release its resolution by the end of March 2019 as the team is working on it.

Before the installation of KB4489899 ensure to receive the latest servicing stack updates. This will upgrade the reliability of the update process and will eventually reduce potential issues.

You will get this patch automatically through Windows Update. However, to download KB4489899 as the standalone package, visit the Microsoft Update Catalog webpage.