KB4494195 is a cumulative update rolled out for Windows 10 to that takes it to build 18351.26 to Insiders in the Slow Ring. Prior to a week, this preview build 19H1 was basically delivered to insiders in the Fast ring. However, the patch does not include any major update but carries a small change to the OS.

Insiders enrolled in the Slow ring are able to download KB4494195 through the Windows update. They should navigate to the path – Settings => Update & Security => Windows Update. Then will need to click on the Check for updates button, available on the right side of the running screen. If you’re not enlisted in this ring, simply go to the Windows Insider Program section to get started. 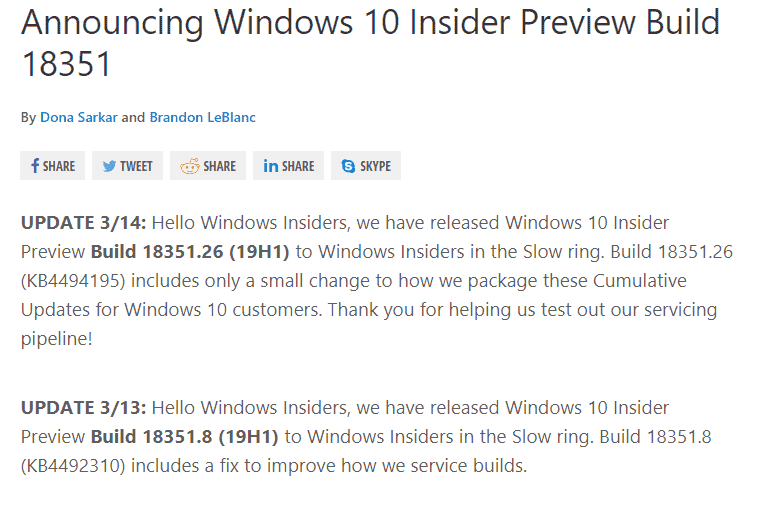