Microsoft rolled out an off-time cumulative update, KB4512509 Windows 10 1803 on 19 Aug 2019. It takes the build to 17134.984. KB4512509 consists of multiple fixes for various bugs or issues that were detected with the previous updates, making it an important one. There is no feature update anyway. But, this being a quality update if you have not received the patch yet, ensure to download and install it right away!

If you have not yet received the update, you can manually check it and get the same by navigating to the Windows Settings followed by Update & Security tile. Then do a click on “Check for updates“. When you see the latest patches listed, simply hit ‘Install’. Usually, WSUS installs these patches automatically. In case you have kept your system up to date with all the previous cumulative updates, the OS will install just the new fixes and improvements. You can know, in the later section, more about the highlights of this updates and the bug-fixes included. 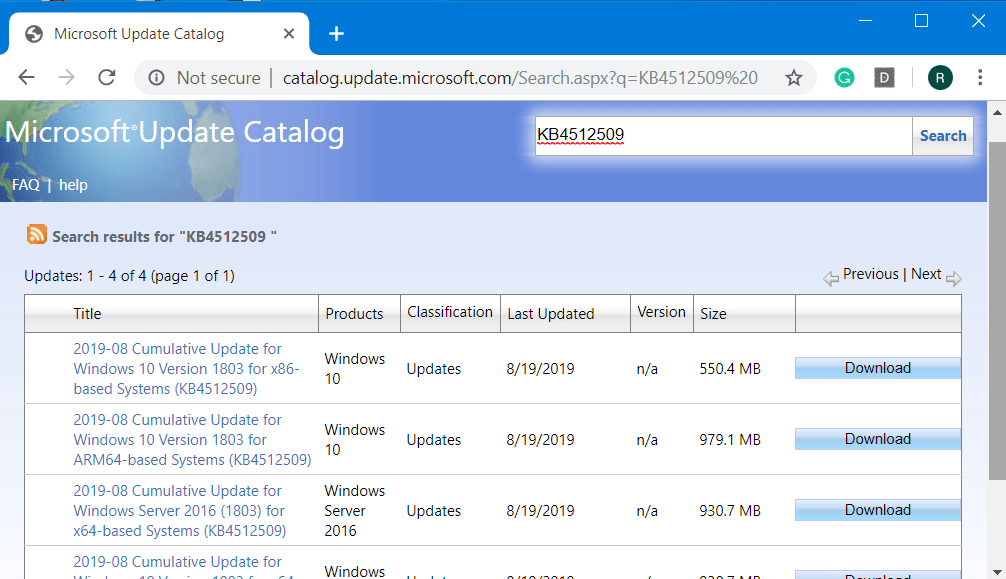 The previously detected issue with folders or files on a CSV (Cluster Shared Volume) is still there. Due to this, the users generally fail when they try renaming or performing such other operations. This generally results in an error message, “STATUS_BAD_IMPERSONATION_LEVEL (0xC00000A5)”.

As you can note, that only the users trying to operate in a CSV-owner node from a process without due administrator privilege are having this problem. There is no permanent fix from Microsoft’s team yet. They are working on a final resolution and you can expect an update on one of the upcoming releases. For the time being, as a workaround, you can attempt performing the operation from:

There have been reports of a few devices starting up to a black screen when they log on for the first time after installing updates.

There is a temporary workaround for this situation. Press Ctrl+Alt+Delete and then hit the Power button you see on the screen and confirm Restart. This should help the system restart normally. You can expect an update on one of the upcoming releases.