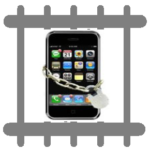 Jailbreaking the iOS – Jailbreaking obviously does not mean breaking into jail to get the prisoners out. It is something else to do in the context of the iOS operating system. iOS has a lot of limitations such as it runs its own apps only.

Removal of this limitation by breaking into through the use of hardware or software exploits is called iOS jailbreaking. On successfully jailbreaking an Apple device, the user gets direct access to the Operating System. The additional useful extensions and the other themes and applications can now be downloaded which were previously unavailable on the Apple store. Jailbreaking basically breaks the authorization or the restrictions put by Apple which allows running third-party applications.

The reasons for jailbreaking:

The people with the Apple devices usually get frustrated when they are not able to run their favorite applications which are otherwise not supported by Apple Inc. Thus, jailbreaking becomes important to remove these restrictions. After jailbreaking the device, Cydia is installed which helps in installing apps. The apps downloaded through Cydia are basically extensions. It also helps in easily accessing unlocks for a rather locked software. There are many apps in the market which do not meet Apple’s demands and cannot be approved by Apple Inc. however, such apps become accessible on jailbreaking.

The different types of jailbreaks:

The Apple device is usually exploited during booting as it loads its own kernels after which a kernel attachment is required every time the device is put to use. Based on this property, the different jailbreaks are as follows:

There are various jailbreaking tools which have evolved over years. Some of their releases are as follows: