Windows team hosts minimum one bug bash at the release that allows the Insiders to provide profound and prudent feedback. They have to submit their report on the product prior to its rollout to the general public. Microsoft identifies fields of focus via quests; these quests outline and describe situations where they’d like the Insiders to engage. Then they publish the quest to the Feedback Hub visible only after logging in. The Windows team then checks these and decides how best to address them. This valuable connection between the team that makes Windows and the community more productive. Bug bash helps enable Microsoft to deliver experiences for maximum pleasure and efficiency. 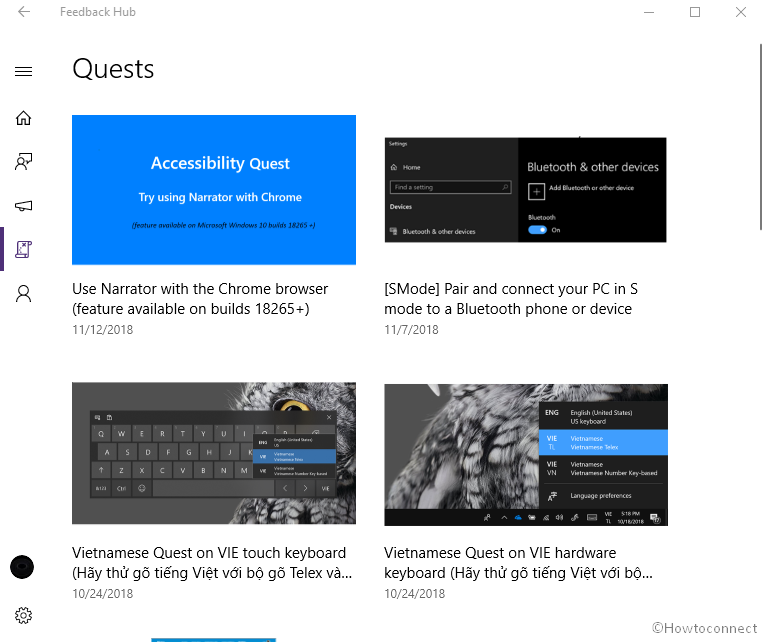 The Windows 10 19H1 Bug Bash runs from Wednesday, Jan 23 through Sunday, Feb 3, 2019, 11:59 PM PST. This will help Microsoft to come with the next evolution of Windows 10. Insider’s efforts will be validated with a new Feedback Hub Achievement Bug Badge, for which they’ll be awarded after the Bug Bash ends.

On Tuesday, January 29 at 10:00 AM PSt, Microsoft will put more light on a special Bug Bash webcast.

You need to submit at least one Quest in the Feedback Hub. Microsoft will be rolling out new Quests every day of Bug Bash. You are able to suggest what a new feature should be added or modified in the upcoming Windows 10 1903 from here. After it ends you will supposedly achieve a badge depending on your performance.

Once the Windows 10 19H1 Bug Bash ends up, view your new badge on the right side of the Feedback hub.