Windows 10 Build 17744 strikes up to the insiders in the Slow ring with KB4459375. The update includes various fixes for apps crashing, Cortana problem, Word online, Microsft Edge, and Narrator.  KB4459375 have a single target to solve the bugcheck (BSOD) when logging out of your user profile or shutting down your PC. KB4459375 is the update packaged includes a new design that Insiders builds can download and install more proficiently.

If you haven’t got Windows 10 Build 17744 and KB4459375 till now, rush to Update & Security and check for updates. The update has some known issues too but you can expect to get solved in the upcoming builds. 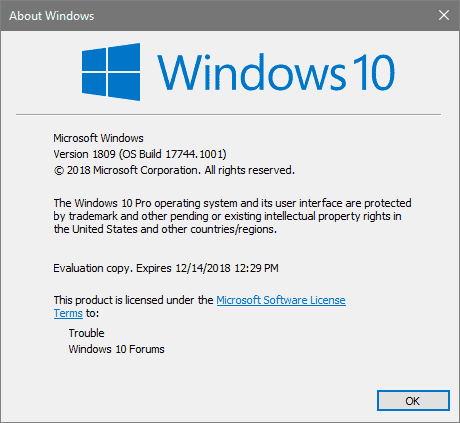