Windows 10 Build 17751 rolls in for the Insiders in Fast ring level with a lot of important fixes. The update includes solutions to the Bugcheck with GSOD, Font, Personalization Settings, Explorer.exe crashing, Timeline, Ask for permission issues, etc. Microsoft declared that the name of the next major release of Windows 10 will be Windows 10 October Update.

You can navigate now to Update & Security and Check for updates to receive Windows 10 Build 17751. The update has a few known issues on which Microsoft is working hard to get rid of. 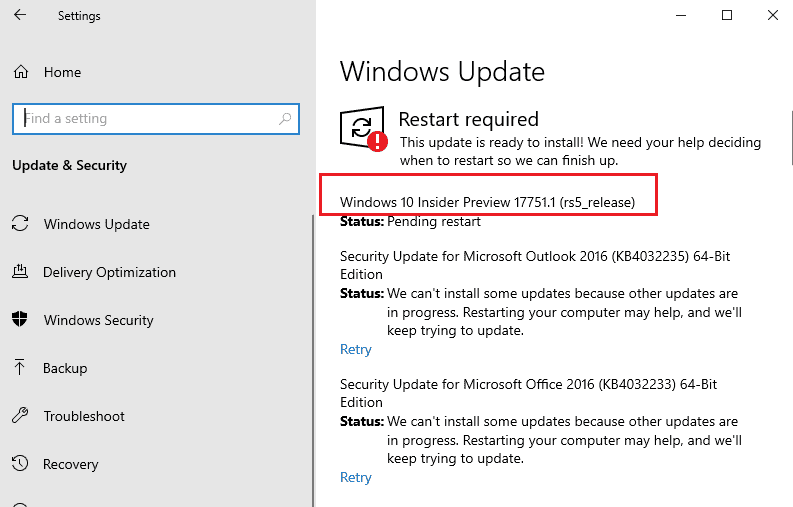