Microsoft rolls out Windows 10 Build 18356 as a part of 19H1 for the insiders in the Fast ring level. This update brings a feature to mirror phone’s screen, a number of improvements and fixes. The build mainly addresses the major problem like – Microsoft Edge crash, night light, battery drain and lots more.

You’re able to install this Build 18356 by navigating to the inbuilt Windows Settings followed by visiting the Update & Security category. Consequently, click on the Check for updates button and let the downloading start. Additionally, You will get this update automatically if you haven’t disabled or paused it.

Mirror your phone’s screen to the big screen

Microsoft is also throwing out an updated version of the Phone app. It lets you mirror your “Android phone” screen quickly on your machine and even with the locked phone. With this, you’re able to open any apps and interact with your phone as you do usually. However, the mirror feature is only accessible for a few numbers of phones. Along with, the first device to carry this new feature will be Surface Go. The team also reveals that the app will work with the Windows 10 Build 18356 running on Android 7.0 and the upper version. Furthermore, the devices having the latest update also require a Bluetooth radio that maintains a low energy peripheral role. 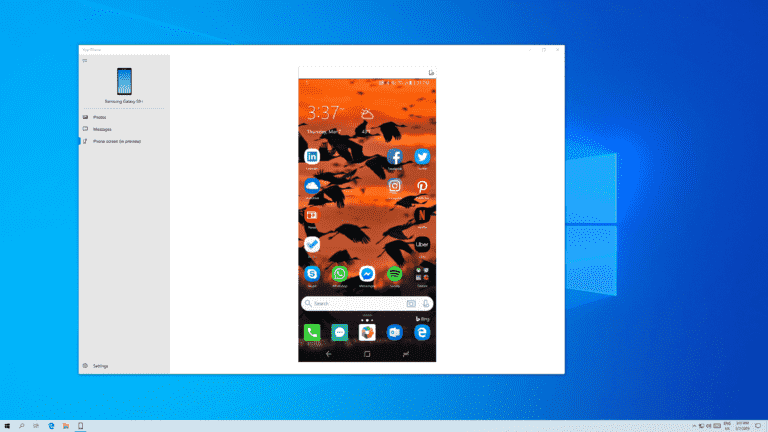