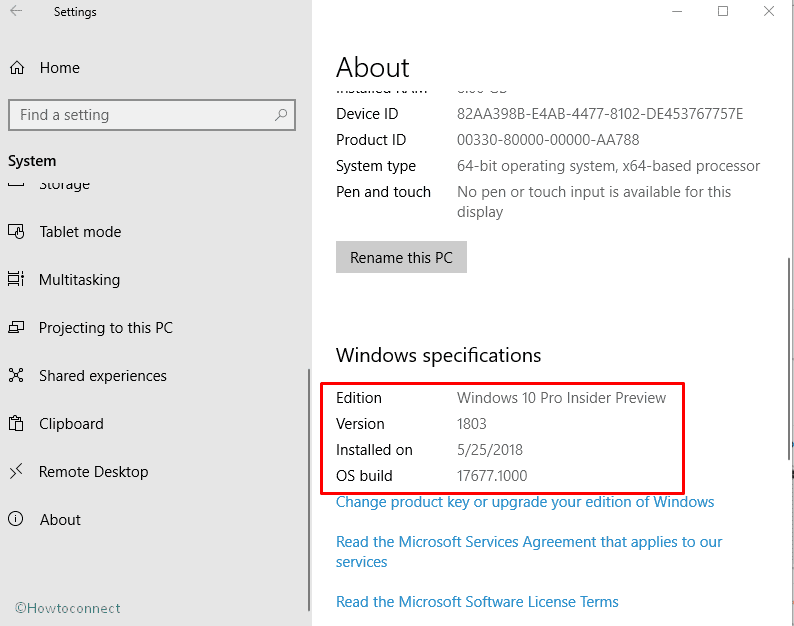 Build 17677 comes with revamped Settings and more menu in Microsoft Edge browser so it’s simpler to find the options. The menu options include groups, with icons for each entry, and keyboard shortcuts (where applicable). Click the “…” button in the top-right corner of Microsoft Edge to see what’s new!

Screen capture is visible on the new Settings menu in Microsoft Edge, with icons and keyboard shortcuts.

You can now see your top sites in the Jump List on the Windows taskbar or Start Menu. Only make a right-click the Microsoft Edge icon to view a list of your most visited sites and pin the ones that are important to you. Right-click on any entry to remove it from the list.

Organize the tabs you’ve set aside

Microsoft is making it uncomplicated to organize the groups of tabs you’ve set aside, so you can remember what’s in each group when coming back to it later. If you’ve set a group of tabs separately select the “Tabs you’ve set aside” icon from the uppermost left corner. Furthermore, Click on the label for any group to rename it.

Screen capture displays the “Name these tabs” field in “Tabs you’ve set aside” in Microsoft Edge.

Now you can do something more from the “Downloads” pane. They include options for Show in folder and Copy link to the right-click menu for downloads here.

In addition, you will experience Screen capture in right-click options on downloads in Microsoft Edge.

Scan mode of Narrator now supports selecting content in the built-in browser Microsoft Edge, Mail, MS Word, Outlook, and most text surfaces. Standard shift and Control + A will work to select the entire document. Caps + Shift + Down Arrow will speak the ongoing selection.

To get a complete list of selection commands, you can apply Narrator’s Show Commands List by hitting Caps+F1. Once content is selected on the surfaces you can copy it to the clipboard as usual by pressing Control + C. Formatting information will also be retained.

Microsoft Edge known issue is the selection of the forward gets stuck. Windows 10 experts are working on the Selection.

Windows 10 adds support for IPv6 to KDNET. They have reduced the payload size of packets to make room for the larger headers required for IPv6. Therefore, they have announced a new version of the protocol, so that host PCs running the latest version of the debugger can be used to debug target PCs that only support IPv4. Microsoft will deliver an updated SDK and WDK soon with this support. A version of WinDbg Preview is now available at http://aka.ms/windbgpreview.

Therefore OS behavior will come in more reflection where it can reclaim memory suspended UWP processes use. This indicates that if you have several UWP processes suspended in the background, the OS can take back memory from them if needed and use it for something that requires more. However, both of the New and old memory columns will be available in “Details” tab for comparisons purpose.

Mobile Broadband (LTE) connectivity on Windows gets a makeover

Microsoft is working for the transformation of networking stack via the NetAdapter framework. More details coming soon.

Windows 10 has come with the new and advanced mobile Broadband USB class driver based on the framework in Windows 10 Insider Preview Build 17655. MBB USB NetAdapter driver has become the default driver in the current build.  For trying, receive build 17677 and configure cellular connectivity and turn off Wi-fi. If issues occur, fall back on WiFi or ethernet adapters for connectivity.

Microsoft Fixed the Issues in 17677

They fixed a bug in Command Prompt that only selected up to the first punctuation mark, not up to space.

Microsoft resolved the Home and End keys not working in Microsoft Edge in recent flights problem.

They solved some apps like Adobe XD from crashing on launch in recent flights.

Windows 10 team fixed Microsoft Edge F1 issue that used to send to the support page, rather than tips.

One more Microsoft Edge problem was the volume icon in the tab that would not light up when you hovered your mouse over it. The issue is fixed now.

The browser wasn’t showing local files (like PDFs) in the History section. The issue no longer exists.

Microsoft completely solved an issue where downloading files in the browser was appearing stuck on doing the security scan.

When you run start cmd on a Command Prompt, a new tab will now be created if you have enabled Sets. The same applies for other start launches, like “start notepad”. You can now execute the “new /newwindow flag”, such as “start /newwindow notepad” to begin them in a new window

Microsoft solved Developer Mode that didn’t enable through the For developers settings page.

If you use your AAD account to get a new build there is an issue causing the Fix me. This option will not work and you will not be able to receive the latest flights. Microsoft is trying hard to fix this as soon as possible in an upcoming build.

Windows 10 team is working to add the dark mode in File Explorer and the Common File Dialog, but the work is not finished yet. You may view certain unusual light colors in these surfaces when in dark theme.

explorer.exe may not respond for the users of Remote desktop while projecting screen or running multiple monitor.  This issue can also cause  Microsoft Edge to hang.

The Mixed Reality Software will be reinstalled so, environment setting will not be preserved. If you are eager to experience Mixed Reality home receive this build after the issue goes.

Microsoft is still working on the development of Sets UX for Office Win32 desktop application.

When you will maximize Win32 application the windows may appear a bit beneath the tab bar. To experience correct appearance restore and re-maximize the window.

After you Close one tab it may sometimes minimize the total set.

In MS Word, View Side by Side in Tiling and cascading windows, will not function for inactive tabs.

The Office Visual Basic Editor window has included tab feature at present, but Microsoft doesn’t have plan this for future.

An old issue of office still persists where Office document switches to the last active document. This occurs when the same app has an existing document open. The same happens with Excel while other sheets remain open.

Microsoft is going to declare the dates for the next Bug Bash – June 22nd – July 1st.